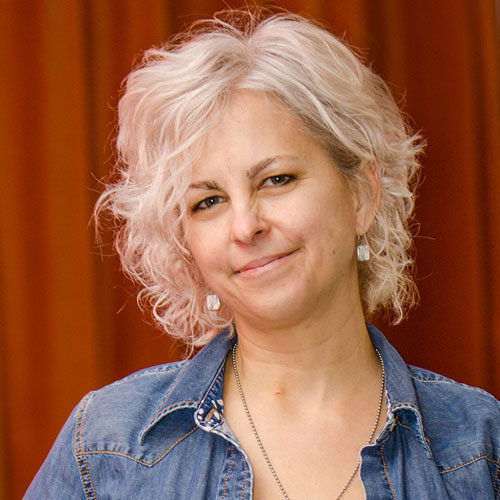 Flora Belle Buckman is 10 and hates romance. She prides herself on being a natural-born cynic, and while she wants to believe in superheroes—she just can’t make herself buy into the premise.

At least, that’s how she feels during the summer after 5th grade when she’s reading, “The Illuminated Adventures of the Amazing Incandesto!”

With the whoosh of a vacuum cleaner, all that changes. Flora’s neighbor Mrs. Tickham was using her new Ulysses Super-Suction, Multi-Terrain 2000X—on the lawn—when she sucks up an unassuming squirrel — an incident that magically gives him superpowers. From then on, the squirrel is known as (what else?) Ulysses.

Magical realism abounds on the 240 pages of Kate DiCamillo’s “Flora and Ulysses: The Illuminated Adventures.” After his encounter with the 2000x, Ulysses is born anew with powers of strength, flight, and misspelled poetry. Their friendship helps Flora discover the power of having an open heart.

Themes of hope and belief amid impossible circumstances are the hallmark of DiCamillo wildly popular novels. Her 12 New York Times best-selling titles have sold 20.5 million copies and been translated into 39 languages.

Adding to the intrigue of this latest tome are illustrations by former Hollywood interior designer Keith Gordon Campbell, whose genre-bending approach blends graphic and comic-style in the artwork.

It is no surprise that “Flora and Ulysses” is the 2014 Newbery Medal-winner—another honor for DiCamillo to add to her collection that includes the National Book Award (2001), the Boston Globe-Horn Book Award (2006), and the Theodor Geisel Award (2007, 2011).

She is also the 2014-2015 National Ambassador for Young People’s Literature—which means this celebrity author will be making the rounds to meet kids across the country.

Yet, the deferential DiCamillo says she’s stunned that any of her books have even made it into print.

“This almost sounds disingenuous, but there’s a large part of me that is still hoping I will simply get published,” DiCamillo tells the Costco Connection from her home in Minnesota. “I wrote for six years and got a lot of rejection letters before I sold anything.”

In fact, DiCamillo didn’t consider a career as a writer until one of her professors at the University of Florida told her she had “a certain facility for words.”

To make a living, she traded the turtlenecks for a light-blue polyester jumpsuit and worked as a guide at several Florida theme parks, including Circus World and Disney’s EPCOT.

“My job was basically to tell people to ‘Watch your step,’” she shares. At 30, all that changed. She moved to Minneapolis and made writing her priority.

Holy unanticipated occurrences—her 2000 breakout book, “Because of Winn-Dixie,” won critical acclaim and became a feature film in 2005. Similar to the sensationally scrappy Flora, this book’s star is another 10-year-old named India Opal. She rescues a scruffy dog that was wreaking havoc in the Winn-Dixie supermarket, and of course, adventures ensue.

DiCamillo’s 2003 mega hit, “The Tale of Despereaux,” became an animated movie in 2008. This fantasy follows Despereaux Tilling, a mouse with giant ears who sets out on a quest to rescue a beautiful human princess named Pea.

Why do animals have starring roles in her books?

“It’s not a conscious thing,” admits DiCamillo, 49. “Sometimes I sit there and think, ‘Oh boy, I’ve got to make sure there isn’t an animal in this one.’ But as readers, we’re inclined to open our hearts to an animal. Once we do, we give the rest of ourselves over to the story. And that’s when the magic happens.”

Hope Katz Gibbs is a writer living in Northern Virginia with her two teenagers, who were raised on Kate DiCamillo’s fantastic anthropomorphic stories.

You'll certainly be impressed by this Tony Nominated Broadway Producer, who is the founder of MASIE Innovations. Focused on how organizations can support learning and knowledge within the workforce, Elliott has written 12 books, including the ASTD/MASIE Center’s Big Learning Data, “Learning Pivots,” and “Empathy." His professional focus has been on corporate learning, organizational performance, and emerging technology.

Entrepreneurs learn about "the importance of knowing your numbers," with Angela Randolph, CPA, MBA A Note from Marguerita Cheng, CFP® Pro: I invite you to tune in for this week's episode of my podcast and video show, Margaritas with Marguerita, where for 15 minutes, we learn from industry experts how to flex our financial muscles. Read More
This Month in Inkandescent Women magazine Female Domination Meet the women who have conquered the world of fiction

How did David Siegel become the CEO of the national premier networking organization, Meetup? What is he planning to do in 2022-2023? And what are some of the organizations around the world doing to help others Meetup? You'll learn about these topics and more in the Fall 2022 issue of BeInkandescent magazine.

Read More
Enjoy a Serial with Breakfast Books in the Works